The chassis and suspension package of the 4th gen Prelude is amongst its most redeeming features. The 92-96 car uses a very mod-friendly evolution of the late 80's to early 90's Accord and Prelude suspension system, which have been long praised for their natural camber curve, bumpsteer-resilient geometry, and shock travel that allows for some very aggressive lowering. In addition, the longer overall length means that this generation of Prelude exhibits very stable cornering behaviors. In the handling department, it's like an anti-CRX that can corner just as well.

For those of you who aren't familiar with the suspension configuration on the 4th gen Preludes, take a look at these diagrams, courtesy of Honda: 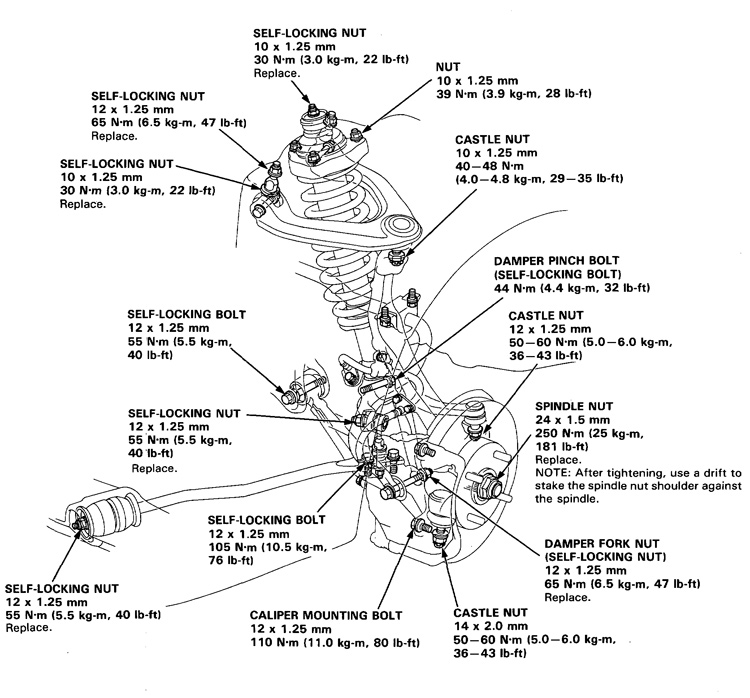 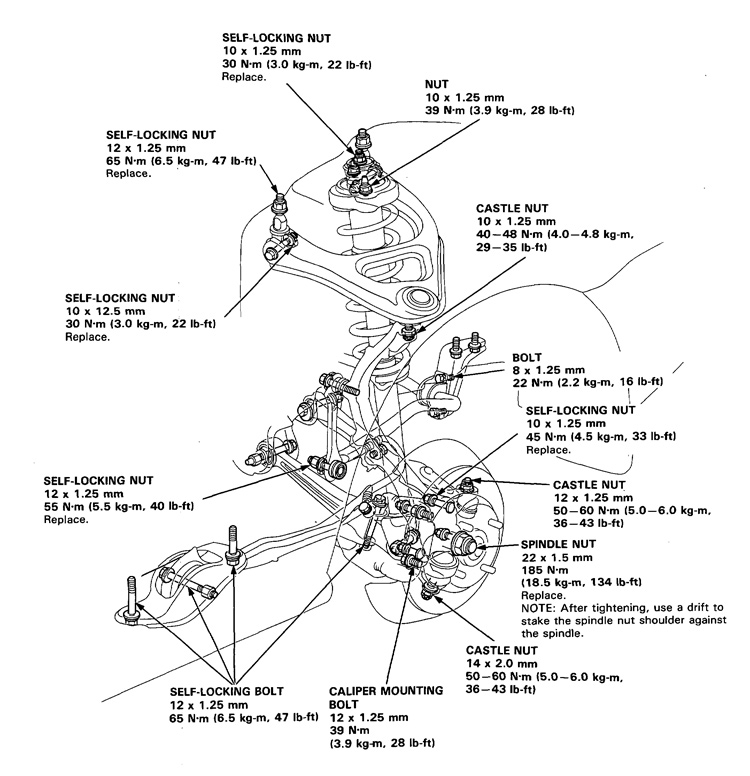 Since there wasn't too much data out there on Prelude suspension systems, the best way for me to study the suspension behavior of the car was to disassemble one corner of the car, take the spring off of the damper, reassemble it, and watch how everything moved while I moved the lower control arm up and down using a floor jack. I quickly realized the following:

All in all, not too bad. Most of the hard work would be in the bushings and the joints.
First Step - Replace all of the Broken Stuff
A lot of people hate doing this, and I don't blame them. When I first got my Prelude, I went through every tie rod, joint, and bolt in the suspension and replaced every part that looked even remotely worn out. Fortunately Honda parts are cheap and plentiful (Rockauto.com and Honda Parts Unlimited makes acquiring the components easy too).
The really tough part was that the bolts that attach the lower control arms to the chassis had seized to the metal inserts in the stock rubber bushings. The rears were easy - My Harbor Freight grinder fit readily into the space between the control arm bushing and the frame, and I was able to slice right through the stuck bolt. There was so little room in the front, however, that I couldn't get any of my powered cutting tools in there. We finally freed the stuck control arm by manually cutting the bolts using metal hacksaw blades. Hours of not-fun for two. It's unavoidable though - a racecar with seized bolts and torn bushings just isn't going to handle very well.
Second - Suspension Bushings
As much as I love all-spherical bearing suspension setups, they are a pain to maintain. Since my next favorite option, Delrin inserts, aren't an option, I ordered a full set of polyurethane bushings from Energy Suspension for the Prelude.
The only bushings that I didn't use were the front radius rod bushings. I adapted a metal spherical bearing kit for a CRX to fit the car. You could do the same thing I did, or you could just buy this kit from Kingpin Machine and save yourself some fitment issues. Some drilling is required but it's surprisingly worthwhile. 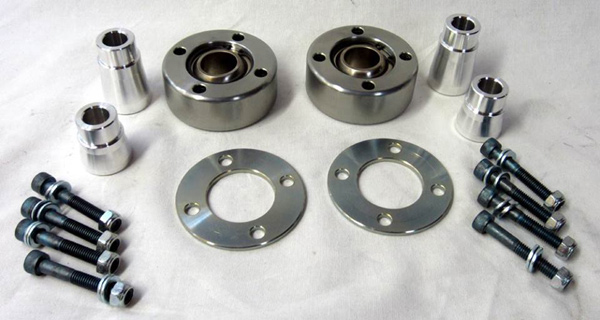 $260 to replace one pair of bushings? You bet. And it's worth every penny. Having a solid metal bearing here keeps the front wheels from moving around under hard braking and hard acceleration. If you have the money, I would recommend replacing the inner pivot point of the front control arms with spherical bearings too. It makes such a big difference that the car feels more stable under braking and points better during turn-in.

Next Up - Front and Rear Camber Adjustability
Like most Hondas, the Prelude gains a ton of camber in the rear when lowered, while not gaining anywhere near enough in the front. The IT rules allow for offset bushings and camber adjustability using shims, so I installed shimmable ball joints in the upper control arm in the front suspension, and offset inner pivots in the rear. This gives me the 4 degrees of camber that I need in the front while keeping the rear at a sensible 2 degrees or so. 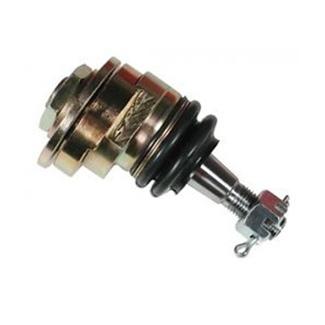 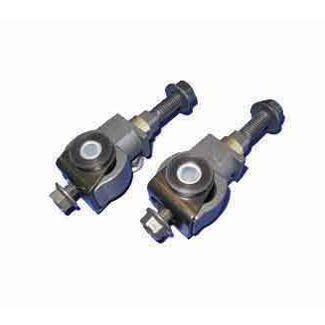 These SPC shimmable ball joints are made by SPC, and the rear camber adjusting control arm mounts are from Ingalls.Both are available as stock-replacement parts from both online retailers and brick and mortar stores.
The nice thing about the Honda multi-link suspension setup is that everything else is fully adjustable. You can even adjust caster from the factory, by shimming the front radius rod pivot point. It's one of the many advantages of being a Honda owner.
The Main Course - Springs and Dampers
Finally, something that the average street car tuner can relate to: Coilovers! If you are cheap like me, you'll love my choice of damper. The Prelude rides on none other than TEIN Super Street coilovers, purchased used for the paltry sum of $200.

They're big, they're green, and they have surprisingly good internals. Chuck the springs though. The springs are rubbish for racecar use.
I chose these dampers for a slew of reasons, many of which I've described in nauseating detail in a previous post. Basically, it's the best equipment for the job that fits within the limits of the rules of the class I'm building to (Improved Touring prohibits external canister dampers unless the car came with them from the factory). I couldn't just slap them on the car and go, however. The dampers came well worn, and the springs that TEIN included with this kit were way too soft to work on the track. I would need to buy springs in the right rate, and the dampers would need to go in for a rebuild and re-valve.
The extra-girthy damper bodies of the Tein Super Street Kit necessitates the use of extra-large springs. The damper perches for these coilovers are designed to use 70mm or 2.75" diameter springs. Only two racing spring manufacturers mass produce springs in this size: HyperCo and Swift Springs. Both manufacturers are known to make springs which are very consistent throughout their range of travel. Swift springs are made of a unique metal that makes them lighter than normal springs, but it also means that the springs cannot be allowed to block. Blocking is the industry term for what happens when you compress a spring until the coils touch each other (effectively turning into a solid metal block).
In order to figure out if I could use the lighter Swift springs, I took the dampers and compressed them by hand to measure how much stroke they had and compared it to the maximum stroke figures listed on their application chart. Fortunately, they had springs which had enough stroke to ensure that they would never block, even if the damper was compressed past the bump stops. In order to compensate for the high motion ratios, I chose 8" long 14kg-f/mm springs for the front and 18kg-f/mm springs for the rear. I also added some 70mm helper springs (also from Swift) in order to keep the main springs from rattling around when the wheels unload. 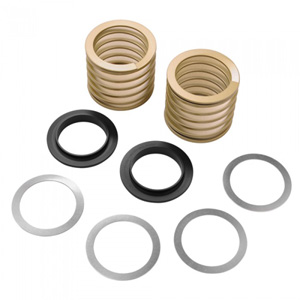 The front springs are part # Z70-203-140, and the rears are part # Z70-203-180. The helpers are H70-070-008. Those metal shims are slider bearings that go between the springs and the adapter perches that come with the kit. They're not as cool looking as the Torrington bearings that come with some coilover kits, but they work just as well as long as they're not filled with dirt.
As soon as the order was in for the springs, my used dampers were off to Tein's California facility for re-valving. The re-valving process involves a phone conversation about the spring rates, specific uses of the car, the car's weight, type of tyres, anticipated ambient temperature during races, and even the type of surface that the car will be driven on. Tein also had me fill out an email questionnaire which asked about the behavior of the car, and if there were any bad behaviors that I wanted to fix with damper tuning (e.g. corner-exit oversteer, porpoising under braking, repeated bouncing after coming off of a kerb). A few weeks later, a huge box containing my freshly revalved dampers arrived with a few copies of the shock dynos for future reference. Here they are, by the way, for the front and for the rear in PDF form.
Important Addition - Anti-Roll Bars

Thanks to the crazy high motion ratio in the rear end of the Prelude, I had to find the biggest stock-shaped anti-roll bar I could find to ensure that the car would respond quickly enough when turning into corners. I settled on this 1" hollow bar made by Tanabe, since I had no desire to spend the money fabricating custom mounts for a straight bar.
For some bizarre reason, Honda decided that the Prelude Si should have a moster 1-1/4" diameter front swaybar. When the rear bar went on, the front bar came off and went on craigslist. With such benign suspension behavior and stiff springs, the Prelude doesn't need a front bar.
The All-Important Corner Weighting and Alignment
A good race shop will charge upwards of $150 for a race alignment and have an hourly rate for a corner weighting session. It may also cost a few hours of your time too, since the alignment techs need to weigh down the driver's seat with something that simulates the driver's weight. Nothing simulates the driver's weight as well as the driver! It's an expensive service yes, but it's the necessary final piece of the puzzle. Here are my current alignment specs, so you don't have to make too many extra trips to the alignment shop:
Front
Camber: -3.75 degrees
Toe: 1/8" out (yep, that's toe-out in the front)
Caster: 2.2 deg positive
Rear
Camber: -2 degrees
Toe: 0
These settings are for Toyo RRs in 225/45R15 on all four corners. Depending on what tyres you choose to run, you may want to tweak the camber settings. Consult the tyre manufacturer for their recommended guidelines and rely on the pyrometer and stopwatch to determine what works for you.
So How Well Does the Car Handle?
It's difficult to describe how well a car handles in words or in numbers, so we took our car to the VRG Turkey Bowl to see how it compares to other cars of similar weight and power.
Once there we found a great match - a 2005 Mini Cooper S with the older supercharged 1.6L engine. We were both on similar tyres, and the two cars were similar in weight. The Mini has aftermarket dampers and some mild suspension modifications done to it, while my green-blue Prelude is set up exactly as described above.
While the Mini's late 2000's suspension geometry should give it a fundamental advantage, the Prelude's dialed-in suspension helped me gain a little bit of a gap through each corner. All I had to do was to drive carefully enough to now mess up any of the corners or braking zones, and I could inch away from the Mini without much trouble.
Is all of the time and money spent on suspension work worth it? Yes, I'd say so.