Two short months after a productive and informative first race of the season, Team StudioVRM.Racing rolled into the paddock at NJ Motorsports Park, armed with our first round of reliability and aero upgrades. 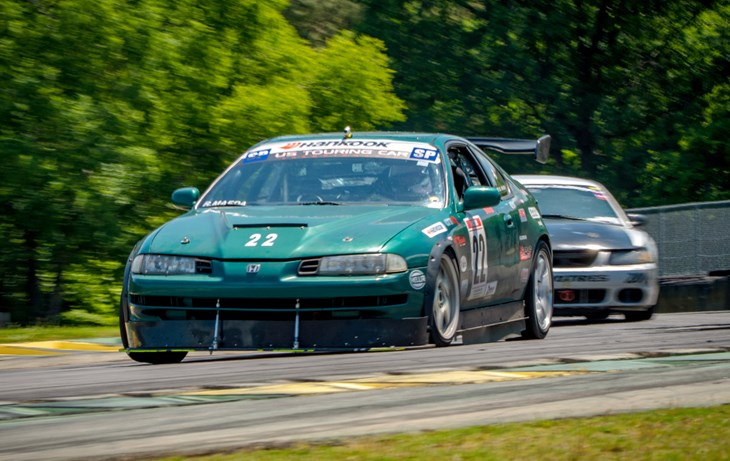 We used our free time as productively as we could. In May, we took a road trip to VIRginia International Raceway a casual track outing with the friendly track enthusiasts of the Honda Prelude Racing Group (HPRG). In between sessions of casual banter sessions while hiding from the blazing sun, we put our new crankcase ventilation setup through a stress test in the HPDE groups.

It was a good thing that we did. While the new crankcase ventilation setup did work better than our old one, it wasn't a complete fix. We discovered that some engine oil was still managing to get past the ventilation filters on the catch can and valve cover. We would need to make some more changes to keep the oil from escaping. But in the meantime, we borrowed some zip ties and wrapped the catch can vents and valve cover filter in some oil-absorbing pads. 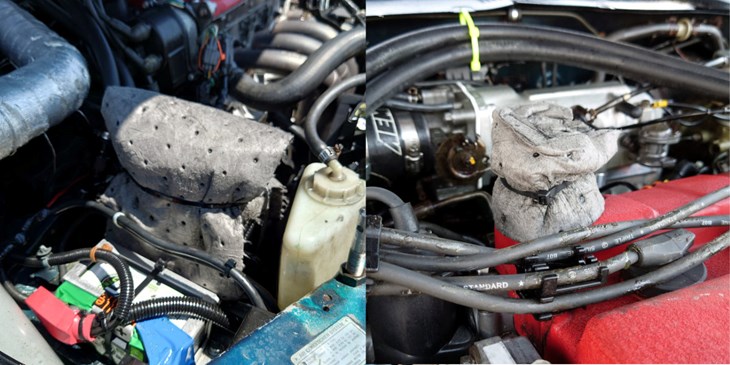 This bizarre looking band-aid worked brilliantly. The layers of oil mat provided just enough of a backup to keep the errant oil from leaving the engine bay.

We also needed to trim a little bit of material from our new ground-hugging side skirt extensions so our racing jack would fit under the car. The few minutes of trackside modification were well worth the trouble - The 4 extra inches of Sprint Car Plastic that we added to our metal side skirts dramatically improved the car's stability over the fast uphill esses and the tricky Hogpen section leading to the main straight. 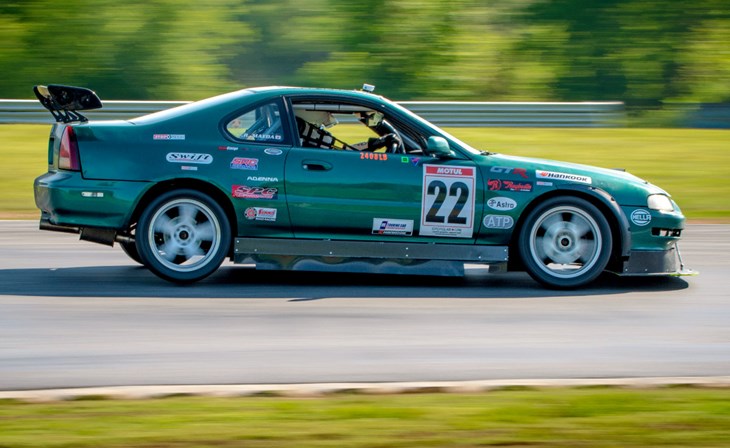 Aside from these small hiccups, the car ran flawlessly. Upon returning to the Studio, we bled the brakes, swapped our old hard compound slicks for a fresh set of Medium compound Hankook F200s, and prepped the car for Round 2 of the 2022 USTCC East Series. 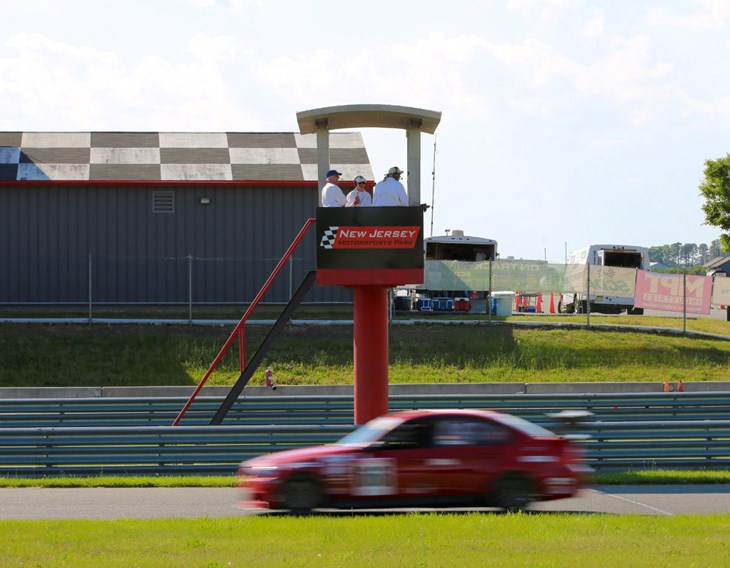 Round 2 of the USTCC East Series would be held on NJ Motorsports Park's Lightning track in the heat of mid-June sun. Given the forecast for 90+ F degree weather, we thought it would be prudent to invest in driver comfort. We ordered up a Coolshirt shirt to complete the second-hand driver cooling system that we had installed in the off-season.

This simple system pumps cold water through a series of tubes sewn into the shirt to keep the driver's core temperature down through the duration of a race. This would be critical for the longer 25-lap feature race that we had on the schedule for Sunday.

With that last minute upgrade in place, we were ready to face the heat of battle. Our Honda arrived at Round 2 with our first upgrade package of the season:

Qualifying day started and ended with a bang. Just as we had at Summit Point, yours truly banged in a safe, but brisk lap in the final moments of the morning qualifying session. The resulting 1:16.705 was enough to put Team StudioVRM 2nd overall on the grid behind the Super Touring classed OnQ Racing BMW 325. 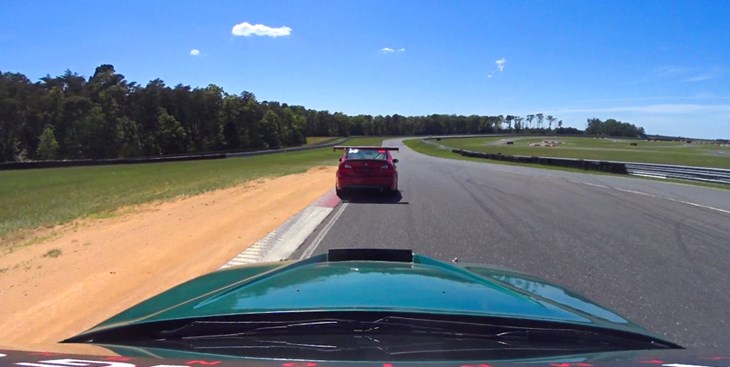 More importantly, the car was working overall. Our oil system upgrades were keeping the engine oil inside the engine oil system. The aero upgrades and new Hankook slicks were keeping our Prelude glued to the ground through Lighting's fast, flowing corners. And the new Coolshirt, despite being one size too big for our medium-sized driver, eliminated the need to sweat while dancing the car through the track's slow corners. This was a great start to the weekend.

The Saturday heat race was interrupted by a rapid clunking and an abrupt bang that almost threw our car off the road. The one-piece left rear brake rotor had suddenly become two pieces, with the rotor hat cleanly shearing itself off of the disc in a bizarre failure that took the rear wheel bearing out with it. 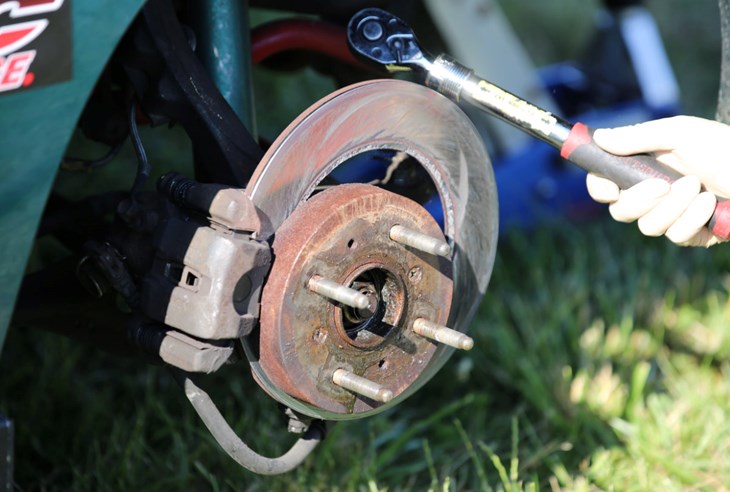 We later found out that this was the consequence of waiting too long to swap rear brake rotors. Under normal circumstances, we change rear brake rotors and pads once a season. But due to the limited track time we had in the past two years, we thought it would be safe to extend the service intervals a bit. As it turns out, we were wrong. Lesson learned.

Fortunately, we had the foresight to bring a full set of rear brakes as well as a spare rear hub. ProjectCRX lead driver Martin Szwarc jumped in and we had our spares bolted on within minutes. On to the main event - the 25-lap Sunday Feature Race.

Success with Some Straight-Line Shortcomings

For the first time in over a year, Team StudioVRM.Racing enjoyed a successful feature race and tasted victory. We'll spare you the theatrics and leave you with the in-car video as well as a link to the Race Report.

So how did the car do? 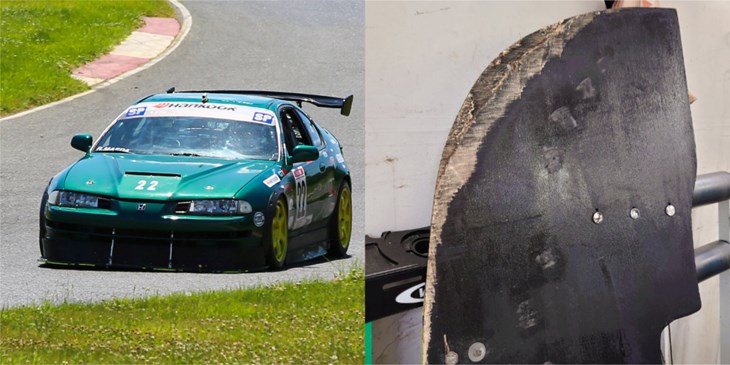 If you listen to the in-car video, you might notice the not-so-subtle scraping sound that crops up under hard cornering and braking. That is the sound of our splitter's rub bolts scraping along the pavement. Despite raising the splitter by 5mm (a little under 1/4"), it was still hitting the ground under hard braking and hard cornering. By the end of the weekend, the left-front rub bolt wore away completely and fell out of the splitter partway through this race. We will have to increase the height of the splitter by another 10mm or 15mm before the next race. 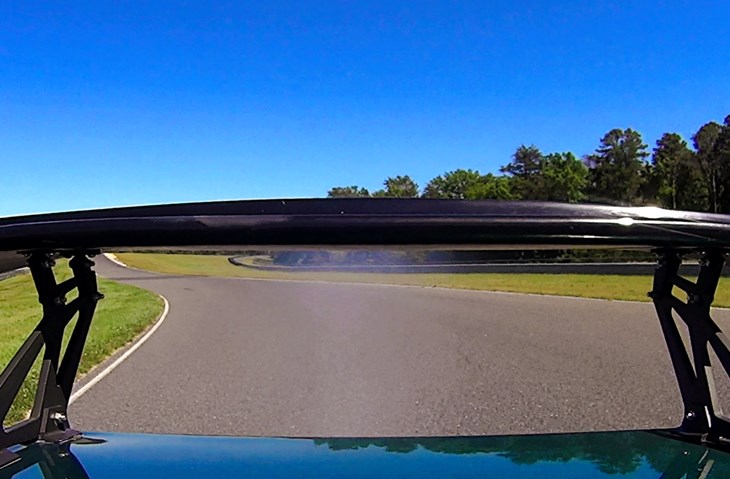 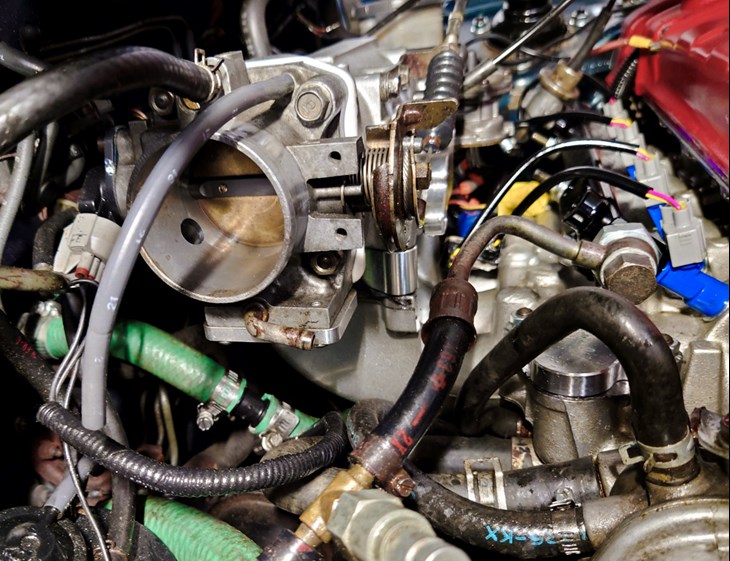 You might also notice around the 16:02 mark that there is a trail of bluish white smoke following our car. It turned out that some engine oil was splashing out through the PCV vent on top of the valve cover and trickling down the back of the engine onto the exhaust. We will have to make some more modifications there before the next race. 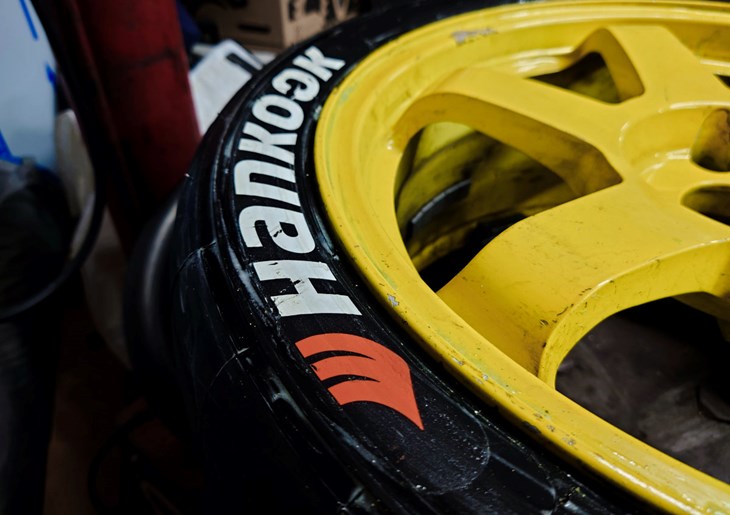 On the upside, the Hankook F200s were as grippy and forgiving as we remembered them from our previous experiment with them back in 2018. We realized afterwards that we could have pushed them much harder under braking and leaned on them much more through the fast left-right transitions in the first half of the Lightning layout. Lesson learned for next time - Push harder, earlier. 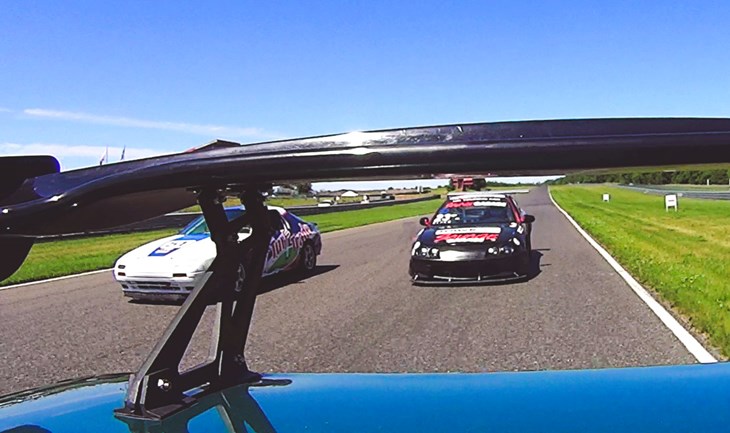 On the downside, we discovered that the car was slow in a straight line. Despite turning out 190hp on the dyno and having enough aero grip to make Lightning's high-speed Lightbulb turn a breeze, the car produced so much drag that an Improved Touring S-class RX7 could keep up with us at the end of every straight.

The reason? Aero drag sapping precious top speed from our Prelude's engine. We had an inkling that this might be a problem from our VIR test, but it was glaringly obvious at NJMP when our closest competitors were breathing down our necks. We will need to find a way to cut the drag down substantially or extract more power from our H23A1 power unit. We will also look to remove some weight from the car to help it accelerate up to top speed as quickly as possible. 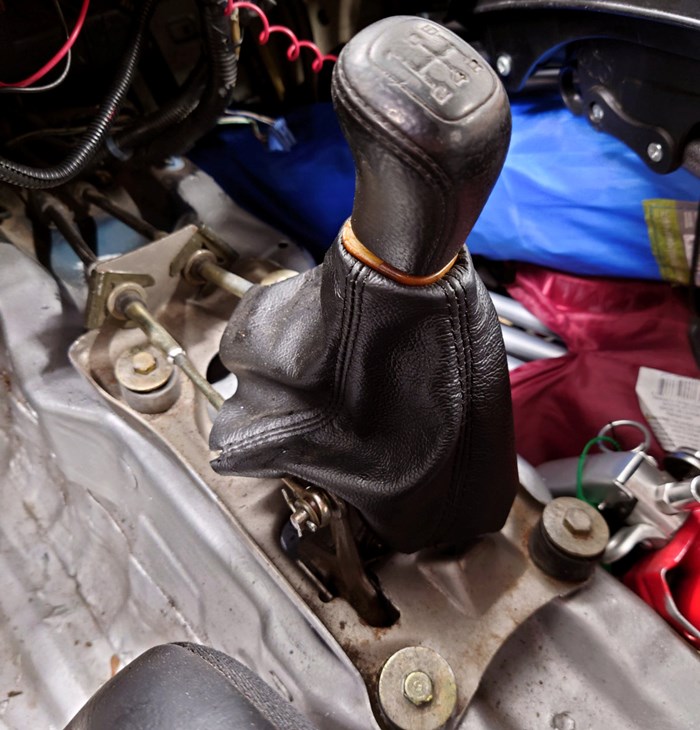 We also discovered a problem where the rubber bushings holding the shifter cradle down had shrunk so much that the whole shifter assembly would rock left to right when shifting from 5th to 4th. This resulted in more than one missed upshift during qualifying. Fortunately for us, Savage Garage Racing's Coyote Black was nice enough to run out to the auto parts store to get some washers that we could use to compress the bushings and keep the cradle from moving. Thanks again Coyote. 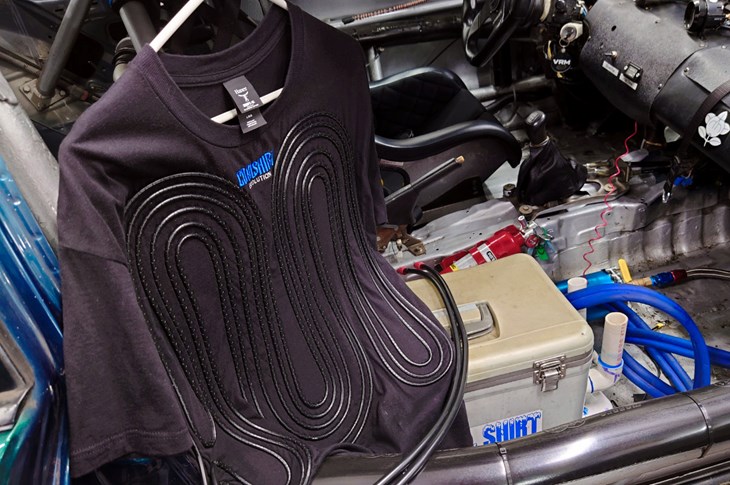 Finally, despite being one size too big, our new Coolshirt performed flawlessly. The added cooling on our driver's core made it much easier for him to stay focused through the duration of the 25-lap feature race.

The system worked so well that yours truly found himself plugging into the cool system while hanging out in the paddock as well. This made the whole rest of the weekend a significantly less sweaty experience. The only way to improve this piece would be to build a portable cooler that the driver could wear as he walks around the paddock.

Planning the Next Round of Upgrades 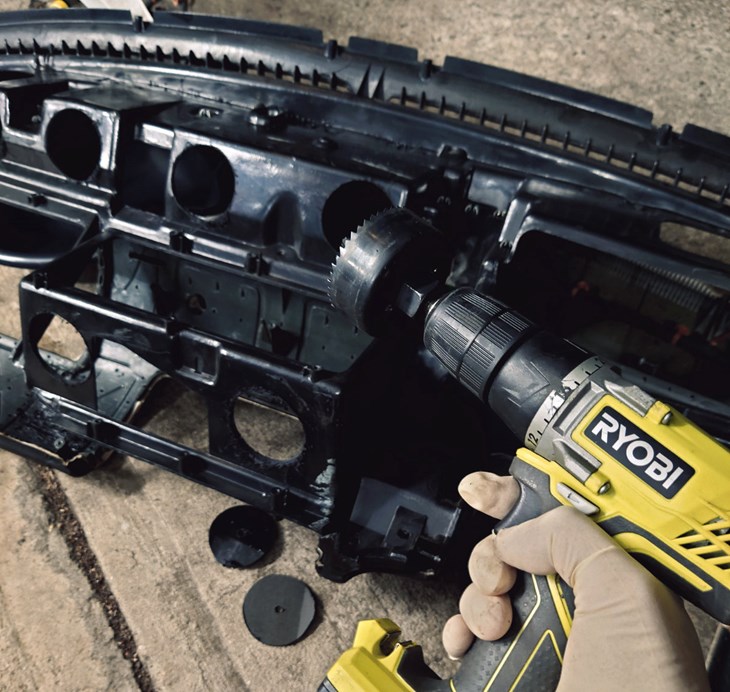 Our second race of the 2022 season was a success on all fronts. Not only did we earn our first USTCC race win, but we also learned where the next steps were on our racecar development roadmap:

How much of a difference will these upgrades make at the next round at Pittsburgh International Race Complex? Part 4 of How to Develop a Honda Prelude Racecar will be out later this summer, after our August race.

In the meantime, I'll see you at the track.

As usual, all products mentioned above were purchased out of Roger's own pocket, at full price.

That said, StudioVRM is now an Amazon Associate, which means that we get a tiny bit of income if you buy a product using any links to Amazon products above. We would appreciate it if you did exactly that.