A few weeks ago, one of the most competitive Honda Prelude endurance racecars in North America quietly rode off into a long-awaited retirement. While this was a sad moment for many of us fellow enthusiasts, it did have one upside: It now means that we can share some of the other speed secrets that are rumored to have helped make the car so competitive. 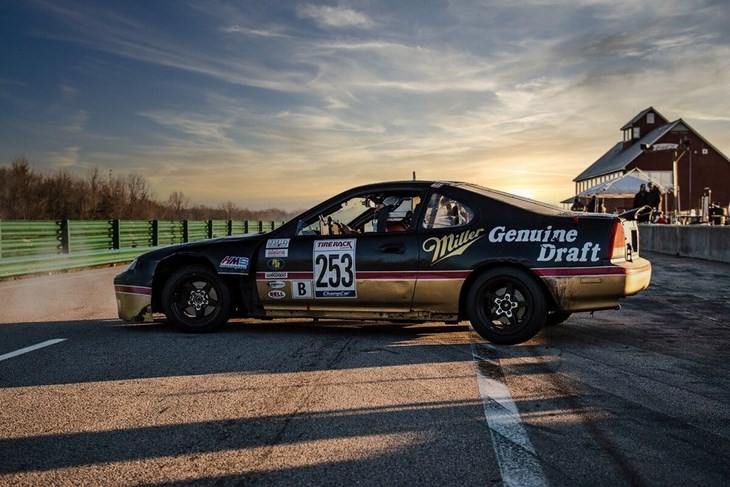 We can neither confirm nor deny whether these modifications actually saw any action in Champcar races. But we can say that these creative methods are well within the realm of what could be done to make a fast racecar even faster... Even if we wouldn't necessarily recommend them for your car. 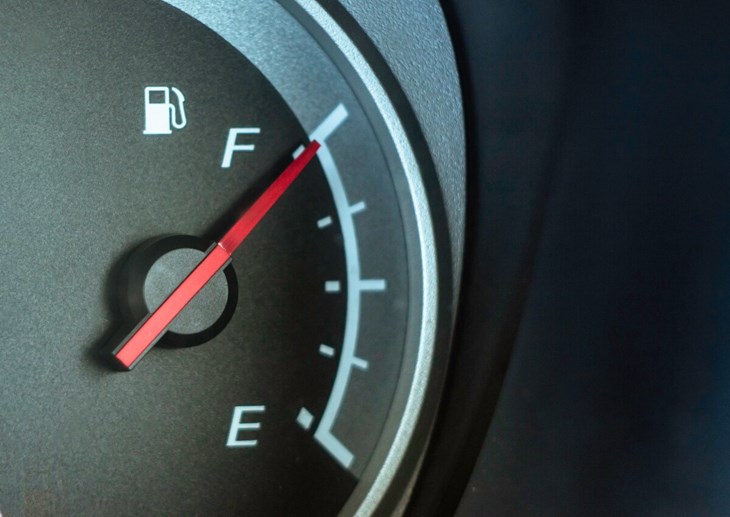 If you are a club racer in North America (or follow NASCAR in any capacity), you've probably heard of Smokey Yunick and his rule-bending escapades. Smokey was a master at exploiting the so-called "grey area" of the racing rulebook. One of his most famous tricks involved finding places to store extra fuel outside of the car's fuel tank so the car could run longer stints between pit stops.

According to the latest rumors, the CMP Racing team had chosen to follow the spirit of Smokey Yunick instead of following the spirit of the rules. Because the CMP Racing Prelude has been rumored to carry an extra gallon or two of petrol in its fuel system despite using the stock Honda Prelude fuel tank.

There were allegedly two parts to this trick. The first part is a well-known endurance racing hack. Pull off the fuel pump access cover, reach into the fuel tank, and bend the metal breather hose upwards so it touches the roof of the tank. This will prevent the fuel from splashing back up the fuel filler early and make it possible to fill the tank with an extra quart or so of fuel. 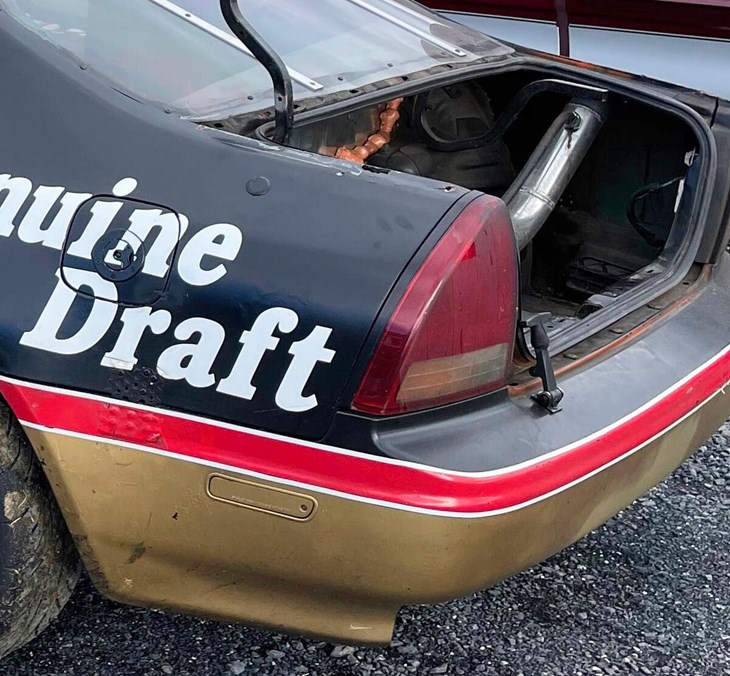 By extending the fuel filler neck with extra-girthy tubing, they would have created a 3-foot-long space where they could tuck away an additional gallon+ of fuel. They also extended the fuel filler breather to ensure that the extra fuel wouldn't just spill out onto the track when the fuel was brimmed.

With both parts of this trick in place, the CMP Racing Prelude would have gained an additional 10% of fuel capacity over a stock 4th gen Honda Prelude. That extra fuel capacity could then be used to run a more aggressive tune or to run longer stints between pit stops, at the team's discretion.

There is no way to confirm whether this idea was actually implemented on the car, or if it ever raced in this configuration. But if true, the creative ingenuity that birthed this idea would no doubt have made the great Smokey Yunick proud.

One of the unique quirks of budget-oriented endurance racing cars is that they usually do not have height-adjustable coilovers. This is because the rules discourage it, primarily as a cost-saving measure. It makes sense. After all, most dedicated race dampers are height adjustable. And if the rulemakers allowed them, it would open the door for competitors to buy or build some eye-wateringly expensive dampers.

On the flip size, the need to use fixed height, non-adjustable dampers comes with an unfortunate side effect - You can't run off the shelf race springs. Race springs are made for standard diameters (typically 60mm / 2.25 in, 65mm / 2.5 in, and 70mm / 2.75 in for cars) and all of these are too small to fit the spring perches of most stock-fitment dampers. You could use off-the-shelf lowering springs, but the spring rates of those springs are often too soft to be useful in a race scenario. So what do you do?

After doing some on-track testing, they determined that even the most haphazardly designed eBay drop springs weren't stiff enough to get the best out of their tyres. Rumor is that they solved this problem by ordering up several sets of NASCAR bump stops, stacking them inside the damper, and experimenting to see which ones gave them the best combination of roll control and compliance.

Believe it or not, this is a perfectly valid setup strategy that many OEM manufacturers use on their cars. The main suspension spring absorbs the hard hits until the car runs out of travel. Then the bump stops touch and makes the corner behave like a secondary spring with a progressively increasing spring rate.

The downside? If you take it too far, the car will literally bounce off of kerbs.

Case in point, take a look at this photo of the CMP Racing Prelude rocketing up VIR's uphill esses on two wheels: 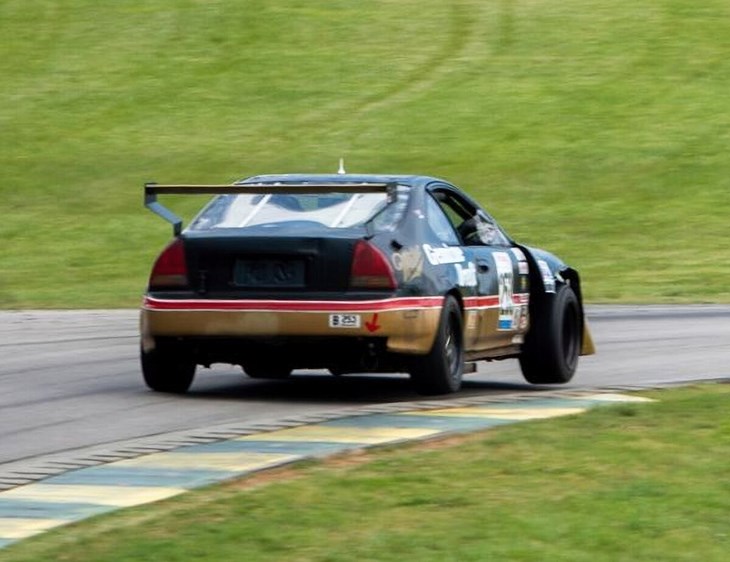 It's hard to say exactly what kind of suspension setup the CMP Racing team was racing with. But this photo does seem to indicate that there was some real bump-stop-related trickery at play. 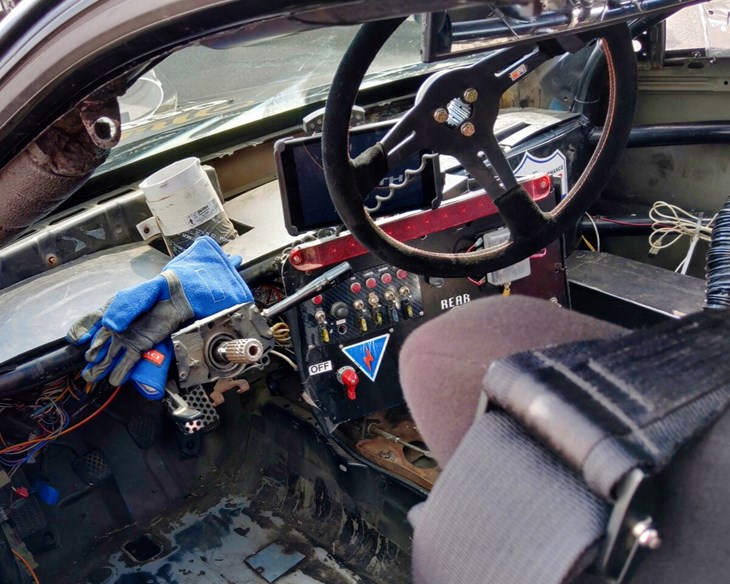 Contrary to what many racing enthusiasts believe, fast modern racecars have power steering. This is true for top formula cars as well as for the fastest production-based touring cars and prototypes. It's only club racers like yours truly who think manual steering conversions are a sensible thing to do.

Part of this reason is that the power steering mechanisms on modern cars are both light and unintrusive. Unfortunately, this isn't really the case for cars from the 90's and early 2000s. For example, removing the power steering mechanism from a 4th gen Honda Prelude will remove upwards of 35 lbs of weight from the front end of the car. The weight savings is a real boon to the performance of the car. The downside is a noticeable increase in steering effort that makes aggressive steering corrections unnecessarily difficult.

Being an endurance racing team, the CMP Racing crew needed to ensure that their car was as easy to drive as it was fast. Reliable sources say that they looked to the stars and found an inspiring way to strike that balance - Replacing the Prelude's 90's belt-driven hydraulic power steering system with an electric/hydraulic unit from an Opel Astra. 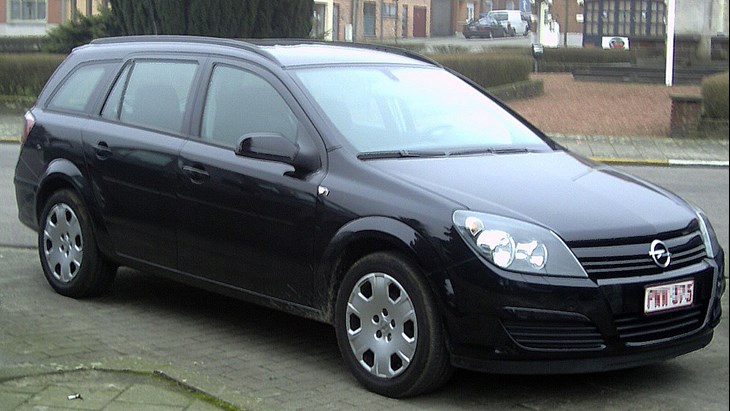 For those of you who may not be familiar with the car, the Opel Astra is a much-loved compact car currently manufactured by the German arm of the Stellantis family. It's a very popular car in Europe and was, for a very brief period of time, sold in the US under the Saturn brand.

The EHPS pump out of the earlier generation Astra is a fantastic self-contained unit that is compatible with the hydraulic power steering rack of the Prelude. It's a great way to retain the power steering system in these cars while cutting down on weight and saving a bit of space inside the engine bay. 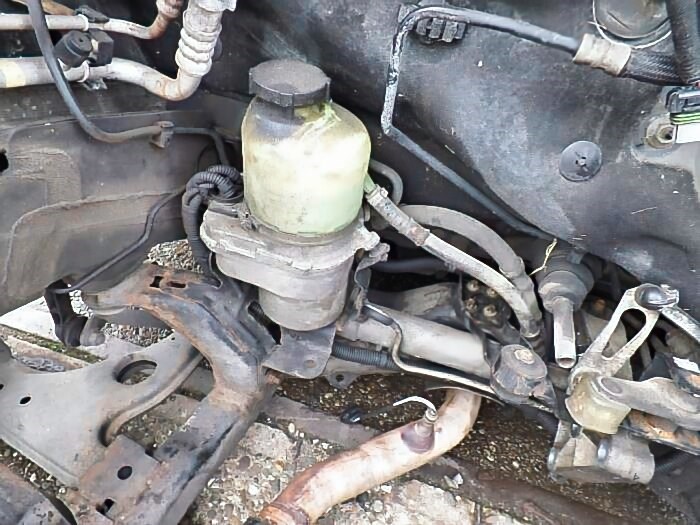 Word on the street is that the CMP Racing Prelude used this exact system to keep its steering sharp and effortless throughout the entirety of a 100-minute stint on 245 width tyres. Based on the smooth handiwork on display in their in-car footage, we tend to agree - There is definitely something to the rumors.

They say the brake pedal is the single hardest thing to operate in a racecar. From personal experience, this author can confirm that this is true. Dancing the car at the edge of threshold braking is an incredibly delicate process that is challenging for us on a good day. Never mind what it's like to do that when you're in the middle of a heated wheel to wheel battle, desperately trying to outbrake your closest competitor. Now imagine if you had to deal with that over the course of an 8 hour race. The mental strain would be enough to physically wear you out.

Modern day ABS is a huge help in this regard. You do still need to have a certain level of skill to make the most of ABS-equipped brakes in a racing situation. However, they do offer a bit of a safety net in case you hit the middle pedal a little too hard, which takes a lot of stress off of the driver.

Unfortunately, the stock program on the 4th gen Honda Prelude ABS computer is not very useful on track. The safety-focused ABS program in the 92-96 cars kick in too early and too aggressively for the system to be useful on a racetrack with super-sticky modern day track tyres. But the CMP Racing Prelude clearly has a working Honda ABS computer mounted in its passenger side footwell, and in-car footage showed them outbraking even the lightest cars in their class.

So how did they do it?

The rumor is that one of the more inquisitive members of the team discovered that the ABS computer from the DC2 Acura Integra Type R is a plug and play replacement for the 4th gen Prelude's standalone ABS computer. The more advanced programming of the newer DC2 ABS suits the characteristics of stiff suspension and sticky track tyres better than the OEM Prelude unit.

Once again, there is no way to prove that this setup was ever used in a race. But it would explain why the CMP Racing Prelude was able to stop so consistently well, regardless of which of their drivers was sitting behind the wheel. 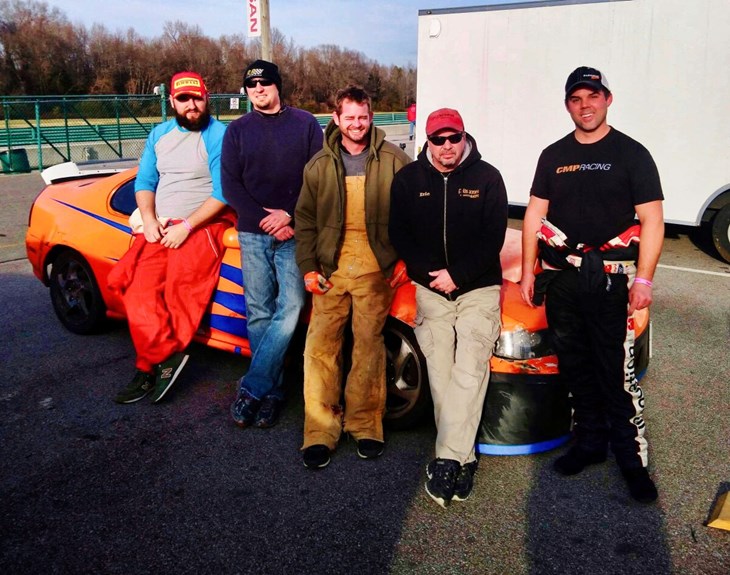 It takes a balanced combination of racing experience, engineering expertise, and a creative imagination to exploit the "grey area" of the rules as successfully as CMP Racing. But as often is the case, those qualities aren't enough on their own. The real secret is in their team members' ability to openly ask questions, no matter how strange or silly they may sound.

Take a quick look through CMP Racing Driver-Owner Ross Shull's posts on the Honda Prelude Facebook Group and you can see exactly what we mean. And when you do, try to read between the lines and figure out what the crafty racer is really asking. Behind the bizarre photos and outrageous captions is a modern-day Smokey Yunick looking for a competitive advantage for his next race. Pay close attention, and you might learn something too.